The Bible and Homosexuality

By Reverend Mona West, Ph.D.
Lesbians and gay men face discrimination because of societal attitudes.  Unfortunately, these attitudes are often taught by churches and sadly the Bible is frequently used as a weapon to ‘bash’ lesbians and gays.  It is important to remember that such hurtful things are not a reflection of Jesus Christ, or the way God wants the church to be, or even what the Bible really says. 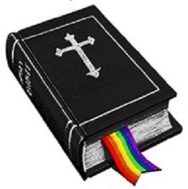 Only a small number of passages in the entire Bible reference same-sex sexual activity (six passages out of sixty-six books of the entire Bible).  Obviously this topic was not of great concern to the biblical writers.  Yet these verses have been used to justify hatred, condemnation and exclusion of God’s lesbian and gay children.

The word ‘homosexuality’ is a modern term and did not exist during biblical times.  Biblical writers had no concept of sexual orientation or sexual development as we understand these today.  Therefore, passages that reference same-sex sexual activity should not been seen as comprehensive statements concerning homosexuality, but instead should be viewed in the context of what the ancient world that produced the Bible understood about sexual activity.
Sexuality in the Mediterranean World

Biblical scholars have employed the social sciences to study the relational and gender patterns of the ancient Mediterranean world—the world that produced the Bible. Professor Mary Tolbert summarizes that research with the following words:
The single most important concept that defines sexuality in the ancient Mediterranean world, whether we are talking about the kingdoms of Egypt or of Assyria or whether we are talking about the later kingdoms of Greece and Rome, is that approved sexual acts never occurred between social equals.  Sexuality, by definition, in ancient Mediter-ranean societies required the combination of dominance and submission.  This crucial social and political root metaphor of dominance and submission as the definition of sexuality rested upon a physical basis that assumed every sex act required a penetrator and someone who was penetrated.  Needless to say, this definition of sexuality was entirely male—not surprising in the heavily patriarchal societies of the Mediterranean.
In these societies sexual acts between men did happen, but they happened in order to show dominance of one group of men or a man over another, especially during times of war.  It was not uncommon for men who had conquered a foreign army to rape them in order to show they were dominant and of a higher status.
The Story of Sodom in Genesis 19
This understanding is helpful when we read the story of the city of Sodom, Lot, and the visitors (or angels).  The men of Sodom want to ‘know’ (yadah - a Hebrew word that can mean sexual intercourse) the foreigners who have come to Lot’s house.  In essence they want to rape them in order to show their social and cultural dominance over them.
This story is not a condemnation of homosexuality, but is a story about rape and inhospitality.  In other biblical texts (Ezekiel 16:49, Luke 17:28-29) Sodom’s ‘sin’ is not identified as homosexuality, rather, their sins were pride, failure to help the poor, and lack of hospitality to foreigners.
Leviticus
“You shall not lie with a male as with a woman; it is an abomination.”  (Leviticus 18:22)
“If a man lies with a male as with a woman, both of them have committed an abomination; they shall be put to death; their blood is upon them.”  (Leviticus 20:13)
These verses are part of the Holiness Code in the Old Testament book of Leviticus (chapters 17-26) that attempted to spell out ways the people of Israel would act differently than their Mediterranean neighbours.  In light of the previously mentioned sexual practices of Israel’s neighbours, it becomes clear that this prohibition in Leviticus was an attempt to preserve the internal harmony of Jewish male society by not allowing them to participate in anal intercourse as a form of expressing or gaining social and political dominance.  These verses in no way prohibit, nor do they even speak to, loving, caring sexual relationships between people of the same gender.

The Writings of the Apostle Paul

“So do you not know that wrongdoers will not inherit the kingdom of God?  Do not be deceived!  Fornicators, idolaters, adulterers, male prostitutes, sodomites, thieves, the greedy, drunkards, revilers, robbers—none of these will inherit the kingdom of God” (1 Corinthians 6:9-10).
“The law is laid down not for the innocent but for the lawless and disobedient, for the godless and sinful, for the unholy and profane, for those who kill their father or mother, for murderers, fornicators, sodomites, slave traders, liars, perjurers, and whatever else is contrary to the sound teaching that conforms to the glorious gospel of the blessed God” (1 Timothy 1:9-11). 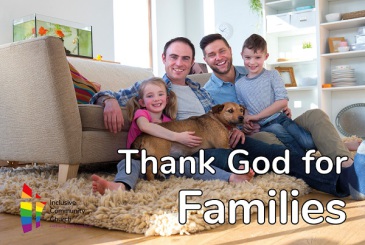 There are two major issues to consider when one approaches these passages: translation and sexual practices of Greek culture.  A comparison of these verses in several translations of the Bible indicates that there is some confusion about how to translate two Greek words in these lists of vices Paul has enumerated.  The two words are arsenokoitai which is rendered in various translations as “homosexuals,” “sodomites,” “child molesters,” or “perverts” and malakoi which is rendered in various translations as “catamites,” “the effeminate,” or “boy prostitutes.”

These Greek words are difficult to translate in the context of these passages.  Malakoi is a common term and means “soft.”  It can refer to clothing (Matthew 11:8) or moral matters, meaning “undisciplined.”  Arsenokoitai is a rare word and is made up of arseno meaning “man,” and koitai meaning “bed, lying, or having sex with.”  When put together the word may mean “male prostitutes.”

When these words are placed in the context of Greek culture in which Paul was writing, the passages have very specific meanings.  As we have seen earlier, the Mediterranean world had a definition of sexuality that was based on dominance/submission and unequal status.  Greek culture fine tuned that definition with regard to status.  Proper sexual relations occurred between people whose status was unequal.  In addition there was a practice in ancient Greek culture known as pederasty in which younger men were socialized and educated through a close relationship with an older man.  These older men were the boys’ (age 12 or 13) patrons and, often, their lovers.  These relationships were seen as the key to raising up the next generation of city leaders and there were strict rules about how long the relationship should last and the roles of families within these relationships.  Evidently there was some abuse happening in these relationships and young boys were being exploited and kept by the patron well after the boy had grown into adulthood (which would have made him an equal, hence violating the code of sex only among unequals).
These abusive relationships are what the apostle Paul is referencing, not mutually loving and caring relationships between people of the same sex.
Romans 1:26-27
“For this reason God gave them up to degrading passions.  Their women exchanged natural intercourse for unnatural, and in the same way also the men, giving up natural intercourse with women, were consumed with passion for one another.  Men committed shameless acts with men and received in their own persons the due penalty for their error.”
By now it should be clear that these verses must be read in the cultural context of the Mediterranean world that understood socially acceptable sexual behaviour to happen only one way: among unequals with the dominant partner always an adult male. 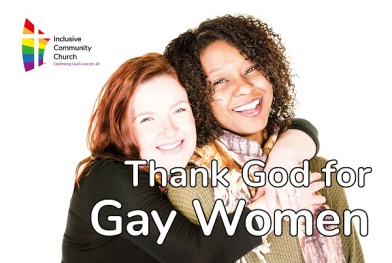 It is also important to read these verses in Romans within their larger context.  At the beginning of his letter to the church in Rome (where he had not yet visited) Paul was attempting to lay out for the Roman church his theology of grace (all have sinned and fall short of the glory of God; but are justified by the gift of grace in Christ Jesus, Romans chapter 3, verse 23).  He is writing to a Jewish and Gentile audience.  In chapter one he tries to demonstrate the Gentiles’ need for God by pointing out behaviours that keep them alienated from God.  In chapter two he does the same thing for his Jewish audience.

Paul’s reference to natural and unnatural sexual acts must be taken in light of Mediterranean sexuality.  He is not attempting to give an ethical teaching concerning homosexuality.  He is trying to meet his Gentile audience on their own terms; using the example of some people who are not upholding the dominant/submissive model as an opportunity to talk about all persons’ need for the saving grace of Jesus Christ.
Issues of Biblical Authority
When dealing with matters of biblical interpretation one always needs to keep in mind the role of the authority of the Bible in matters of faith and practice.  While the Bible is an important witness to the relationship between God and humanity, it is not the ultimate revelation of God—Jesus Christ, the Word made flesh, is.  We must guard against what some scholars have called bibliolatry—making an idol out of scripture.
One way to guard against bibliolatry is to realize that while the Bible may be at the centre of matters of faith, it must also be in ‘conversation’ with tradition, experience and reason.  These four sources of faith have become known as the Wesleyan quadrilateral, so named after their originator John Wesley, founder of the Methodist heritage.
We must read and interpret scripture with the aid of the history and tradition of the Christian church.  We must also bring reason—philosophical and rational thought—to bear on applications of scripture to real life situations.  And last and most importantly, scripture must be weighed alongside human experience—especially the experience of God’s grace. 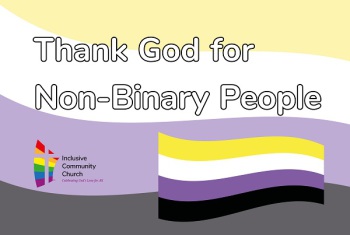 The Bible and Homosexuality

Home    Worship    Our Mission & About Us    Events Calendar